ENT manifestations of Granulomatosis with polyangiitis

3Department of Medicine, Division of Rheumatology at University of South Alabama, AL 36617, USA.

This article belongs to the Special Issue Update on ANCA-Associated Vasculitis: Towards the Best Stratification in Different Phenotypes by Genetics and Pathogenesis, Clinical Features and Treatment Options
Views:1657 | Downloads:209 | Cited:

Ear, nose, and throat (ENT) symptoms represent the most frequent manifestations at the onset of granulomatosis with polyangiitis (GPA). The diagnosis of the localized form of GPA remains challenging thus contributing to the delay at the beginning of treatment. This could lead to major sequelae due to tissue destruction. Otolaryngologists play a key role in collaboration with rheumatologists in early GPA diagnosis and treatment. Clinicians should maintain a high index of suspicion and proceed to a more comprehensive evaluation in cases of imperfect response to treatment or with unexplained atypical findings. The challenging issue in localized organ involvement during GPA is to determine whether the non-specific local upper aerodigestive symptoms are caused by a specific or a non-specific inflammatory process. The role of surgery becomes crucial in cases of laryngeal involvement. Life-threatening airway compromise necessitates urgent surgical intervention. There is an emerging role in the local ENT therapies.

Granulomatosis with polyangiitis (GPA) is a necrotizing granulomatous inflammation with necrotizing vasculitis that involves small- and medium-sized blood vessels. It is one of the anti-neutrophil cytoplasmic antibody (ANCA)-associated vasculitides that commonly involves the upper and lower respiratory tract and the kidneys. Ear, nose, and throat (ENT) symptoms represent the most frequent manifestations at the onset of GPA. Their presence can also occur in a milder GPA subset with a better outcome regarding lower renal involvement and lower mortality rate, irrespective of the ANCA status. They can also, not infrequently, coexist with lung nodules[1].

The burden of diagnosing a limited disease with localized manifestations in the upper aerodigestive tract rests mainly with the otolaryngologist. The persistence of sino-nasal symptoms and inadequate response to the standard of care should prompt surgeons to consider a spectrum of diseases including GPA. Thus, the diagnosis of the limited form of GPA is often challenging leading to a delay in the start of treatment. This could lead to major sequelae due to tissue destruction[2].

ENT surgeons play a key role in early GPA diagnosis and treatment in collaboration with rheumatologists, pulmonologists, and nephrologists if needed, especially in GPA cases with negative ANCA antibodies, the diagnosis of which is often more challenging and delayed[3]. Limited forms of GPA predominantly affect the upper respiratory tract, whereas generalized forms mostly include lower respiratory tract, kidney, and other systems[4].

- Deformities as a result of bony destruction such as septal perforation (mainly posterior) and saddle nose deformity, which may develop from the involvement of Haversian canals.

- Stridor, possibly leading to respiratory compromise, from tracheal or subglottic granulomatous masses. The sub-glottis is the most affected laryngeal subunit. Between 10% to 20% of GPA patients acquire subglottic stenosis[16]. Extension of inflammation to the glottis leads to the development of dysphonia. Also, hemoptysis, dyspnea, stridor, and wheezing are possible presentations[17].

- Lower motor neuron paralysis of the facial nerve may occur if the necrotizing vasculitis involves the neural vasa vasorum.

Figure 1. A 55-year-old male previously had bilateral partial inferior turbinectomy for persistent nasal obstruction without improvement after surgery. (A) presents the left nasal vestibule with a visible collapse of the external nasal valve caused by nasal framework disintegration. (B) presents beaded granular nasal mucosa throughout the entire nasal cavity. The patient was referred to a rheumatologist and diagnosed with GPA.

Up to 90% of patients with generalized GPA have a positive ANCA[18]. Up to 80%-90% of patients with GPA are likely to have C-ANCA directed against proteinase 3 protein in the cytoplasm[19]. However, only 60% of patients with limited GPA, defined as GPA disease isolated to upper or lower respiratory tract with no renal involvement[4], have a positive ANCA test[20]. There is growing evidence that ANCA plays a major role in the pathogenesis of GPA. ANCA antibodies play a role in the attachment of neutrophils to the vascular endothelium early in the pathogenesis of the disease[21]. Non-specific laboratory tests include complete blood count which may show leukocytosis, eosinophilia, and thrombocytosis, and inflammatory markers such as sedimentation rate and C-reactive protein which can be elevated. Laboratory tests may also show involvement of other organs such as impaired kidney function and abnormal urine analysis[22].

Computerized tomography (CT) of the paranasal sinuses may reveal mucosal thickening, nasal septal destruction, sino-nasal mass with or without orbital involvement [Figure 2]. Bony destruction with resultant osteo-neogenesis is not uncommon. Tracheal stenosis can be seen with GPA. CT scan of the neck is mandatory to determine airway narrowing and aid the surgical planning. Chest x-ray may detect associated lung involvement and further CT chest may be requested[17,23-25]. If upper airway obstruction is suspected, pulmonary function test may be of a value. Flow volume loops may show characteristic inspiratory and expiratory flattening[26,27].

Although biopsy from upper aerodigestive involved sites is easily accessible, it remains unreliable to make the diagnosis. In one retrospective study, which included 126 patients who were clinically diagnosed with GPA, biopsies taken from the nose, paranasal sinuses, larynx, mouth, periorbital tissue, mastoid, and middle ear were reviewed to assess GPA pathology findings in these sites. All three findings typical for GPA including vasculitis, granuloma, and necrosis were found in only 16% of the patients, while only 21% had vasculitis and granulomatous changes, and only 23% had vasculitis and necrosis changes [Figure 3]. Thus, a negative biopsy does not rule out a diagnosis of ANCA vasculitis. However, a biopsy can still be of value in ANCA-negative patients and where other diagnoses, such as malignancy and infection, need to be excluded. In cases of generalized involvement, biopsies from other organs such as kidney and skin are more sensitive[28,29]. 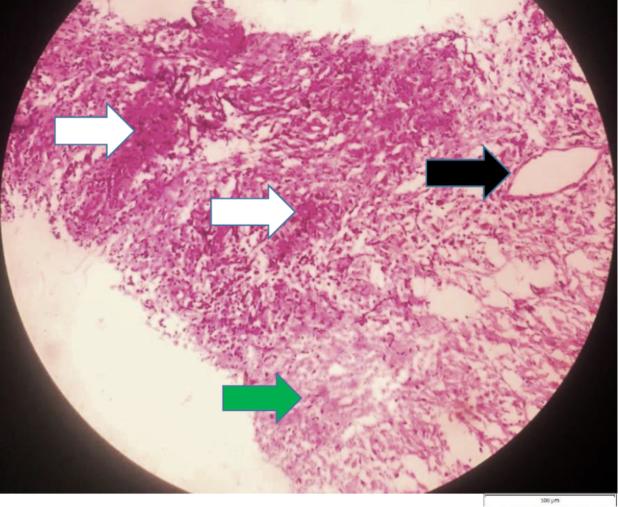 A multidisciplinary approach for the management of cases of ANCA-associated vasculitides involving the upper respiratory tract is highly recommended.

If there is involvement of a major organ such as lung or kidney or there is life-threatening disease, aggressive treatment should be initiated. For localized disease involving sinuses and the upper airway, a less aggressive approach can be used. Methotrexate is recommended for induction of remission. Mycophenolate can be used as an alternative. Combination with glucocorticoid can be used in cases of severe disease. If remission is not achieved, cyclophosphamide or rituximab can be used.

For maintenance of remission, methotrexate or azathioprine are recommended. Rituximab can be used as an alternative. Treatment usually continues for two years and sometimes a longer duration may be required[30,31].

Local ENT therapies are part of medical therapy of which immunosuppressive therapy is the keystone in the management of GPA. Actively managing local ENT symptoms does improve the patient's quality of life and - in some cases - is life-saving.

Topical saline nasal irrigations, antibiotic irrigations, and topical nasal steroids may alleviate bothersome sino-nasal symptoms and reduce inflammation. Though being sterile in its origin, GPA can lead to superimposed bacterial infection, and thus, culture-directed antimicrobial therapy may be necessary in certain circumstances. Staphylococcus aureus is a common nasal commensal bacteria and is an independent risk factor for relapses in GPA (7-fold relative risk of relapse in chronic nasal carriers). Therefore long-term prophylaxis with sulfamethoxazole and trimethoprim is recommended[32].

The need for endoscopic sinus surgery (ESS) is exceedingly rare. The main role for ESS remains mainly managing complications or intolerable manifestations after exhaustion of all other possible medical therapies. Surgery is extremely difficult given the expected alteration of anatomy by extensive scarring, structural destruction, and previous surgeries.

On the other hand, the role of surgery is crucial in cases of laryngeal involvement. Life-threatening airway compromise calls for urgent surgical intervention mainly tracheostomy as cricothyroidotomy will not bypass the subglottic obstruction.

Long-term management of airway narrowing utilizes a combination of endoscopic and open surgery. Endoscopic laryngeal dilation with rigid or balloon dilators can achieve a satisfactory outcome. This can be further aided by local injection of intralesional steroids or mitomycin C. Transoral carbon dioxide laser has also been used to resect fibrous bands while ensuring safe hemostasis. Split or augmentation of the cricoid cartilage by open surgery can help widen the narrowed subglottis. On the rare occasion of tracheal involvement solely with mature fibrosis and inactive disease, open resection of affected segment and re-anastomosis can lead to successful decannulation[10-12,35].

A multidisciplinary approach for the management of cases with GPA is mandatory for proper early diagnosis and treatment. Although immunosuppressive therapy is the keystone of management of GPA, local therapies do improve the patient's quality of life and - in some cases - are life-saving. 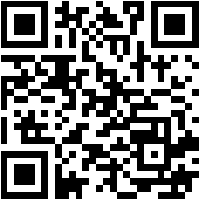