3Department of Pharmacology and Chemical Biology, , .

4Departments of Immunology and Otolaryngology, , .

This article belongs to the Special Issue Microvesicles and Exosomes in Vascular Biology
Views:2100 | Downloads:960 | Cited:

© The Author(s) 2020. Open Access This article is licensed under a Creative Commons Attribution 4.0 International License (https://creativecommons.org/licenses/by/4.0/), which permits unrestricted use, sharing, adaptation, distribution and reproduction in any medium or format, for any purpose, even commercially, as long as you give appropriate credit to the original author(s) and the source, provide a link to the Creative Commons license, and indicate if changes were made.

The role of exosomes in different physiological and pathological settings is an emerging field of great current interest. One hallmark of exosomes is the promotion of blood vessel formation. Exosomes of different cellular origin have been shown to be enriched in angiogenic proteins which directly promote angiogenesis. In addition, exosomes are also efficacious producers of adenosine and potentially encapsulate adenosine in their lumen. The adenosine content of exosomes has been linked to their immunosuppressive effects. In this communication, we consider the possibility that adenosine production by tumor cell-derived exosomes may represent a novel pathway for stimulation of angiogenesis in the tumor microenvironment.

Extracellular vesicles (EVs) and their functional role in health and disease are of great current interest. Especially exosomes, a virus-size subset of EVs (~30-100 nm), show great potential as disease biomarkers, drug carriers, or therapeutics. They are actively produced by parent cells and carry a complex cargo, which includes proteins, nucleic acids, and lipids[1].

Roles of exosomes in angiogenesis

One hallmark of exosomes is the promotion of angiogenesis. Skog et al.[2] reported in 2008 that glioblastoma-derived exosomes contain mRNA, microRNA (miRNA), and angiogenic proteins and that these exosomes reprogram endothelial cells (ECs) to an angiogenic phenotype. A variety of research groups extended the work of Skog et al.[2] addressing the pro-angiogenic functions of exosomes in different health and disease settings. Multiple pathways which are used by exosomes to stimulate blood vessel formation were uncovered in recent years and most research focuses on the direct interaction of exosomes with ECs[3]. It was shown that exosomes can deliver signals to receptors on ECs, which activate the relevant molecular pathways and contribute to altered cellular responses[3]. The reported ligands on the surface of exosomes which can induce an angiogenic response include vascular endothelial growth factor (VEGF), interleukin 6 (IL-6), IL-8, fibroblast growth factors (FGF), and urokinase-type plasminogen activator (uPA)[2,4]. Besides surface-mediated receptor-ligand interactions, ECs internalize exosomes within 2-4 h[4]. Numerous pathways are utilized by ECs for the internalization of exosomes, such as phagocytosis, micropinocytosis, or lipid raft-mediated internalization[5]. However, the main uptake mechanism is endocytosis, as recently reported[4]. The internalization of exosomes allows for the delivery of messages that are then translated by ECs[2]. miRNAs are frequently described components of the exosome cargo which can induce pro-angiogenic responses in ECs[6].

In addition to these well-described pathways, signaling via purines may also contribute to exosome-mediated effects on angiogenesis. One pathway that has not been studied thus far and that is particularly interesting in the context of exosomes and angiogenesis is the adenosine pathway. Extracellular adenosine exhibits a broad range of effects on cell cycle control, immunoregulation, and cytokine regulation through both direct and indirect mechanisms and ultimately leads to the progression of malignant diseases[7]. Additionally, adenosine has been recognized as a potent stimulator of angiogenesis and Adair estimated that adenosine can contribute up to 50%-70% of the angiogenic response in some situations[8,9]. Adair et al.[10] also described that intravenous infusion of adenosine can increase plasma levels of VEGF in humans. In cultured cells, it was shown that adenosine induces EC proliferation and migration by increasing levels of VEGF and other angiogenic growth factors[9]. Additionally, adenosine can stimulate EC proliferation independently of VEGF, which probably involves modulation of other pro-angiogenic and anti-angiogenic growth factors and perhaps an intracellular mechanism[9].

Initiation of the adenosine signaling cascade requires binding of adenosine to the specific adenosine receptors (ADORs), which are divided into four subtypes: A1R, A2AR, A2BR and A3R. The main difference between these receptors is the affinity for adenosine, since adenosine binds to A1R, A2AR and A3R in the nanomolar range, whereas adenosine binds to A2BR in the micromolar range[11]. This indicates that physiologic concentrations are sufficient to induce A1R-, A2AR- and A3R-mediated signaling, and elevated adenosine concentrations, which are usually found in inflammatory or tumor microenvironments, can activate an A2BR-signaling cascade[11]. It was shown that adenosine induces EC growth by activating A2BR and that A2BR plays a critical role in regulating vascular remodeling associated with EC proliferation in angiogenesis, collateral vessel development, and recovery after vascular injury[12,13]. However, the other receptor subtypes have also been reported to be involved in angiogenesis. Although there is no direct stimulation of ECs, ADORs act in a functional cooperative fashion to promote angiogenesis by a paracrine mechanism involving the differential expression and secretion of angiogenic factors from other cell types[14,15]. Ernens et al.[16] reported that adenosine upregulates thrombospondin-1 production by macrophages via A2AR and A2BR, resulting in stimulation of angiogenesis. Adenosine also stimulates the production of VEGF, IL-8, and angiopoetin-1 from mast cells via A2BR and A3R, as reported by Feoktistov et al.[15]. Clark et al.[17] demonstrated that A1R activation elicits an angiogenic response and promotes VEGF-release from cultured monocytes. Thus, the literature suggests that all ADORs are involved in regulating blood vessel development, and that the underlying pathway for stimulating angiogenesis is highly context/microenvironment-dependent.

Adenosine-mediated stimulation of angiogenesis by exosomes

Taken together, the above findings suggest the presence of a possible link between angiogenesis and exosome-associated adenosine, as presented in Figure 1. Specifically, it was shown that exosomes contribute to extracellular adenosine production and hence might modulate ECs indirectly[18]. Exosomes from diverse cancer cell types exhibit potent ATP- and 5’-AMP-phosphohydrolytic activity, partly attributed to activity of CD39 and CD73, respectively, on the surface of exosomes[19]. This exosome-generated adenosine is functionally active and can trigger a cyclic adenosine monophosphate (cAMP) response in A2AR-positive but not A2AR-negative cells[19].

While it is well recognized that exosomes encapsulate functional proteins and nucleic acids, it is currently unclear whether purine metabolites are encapsulated within exosomes. Sayner et al.[20] recently reported that EVs encapsulate cAMP to provide an additional second messenger compartment. Our preliminary data show that exosomes not only encapsulate cAMP but also adenosine and adenosine metabolites (inosine, hypoxanthine, and xanthine). This may indicate that exosomes can induce ADOR signaling independently of the production of adenosine by exosome-associated enzymes. Adenosine in the lumen of exosomes is protected against uptake and metabolism by other cells, such as red blood cells. Thus, exosomal adenosine may represent a mechanism for adenosine to serve as a circulating, rather than strictly local, factor.

Exosome-associated adenosine emerges as a potential stimulator of angiogenesis in different settings. Studying this pathway promises to uncover important aspects of exosome functions, which are ultimately leading to the stimulation of blood vessel formation. Understanding this pathway might also help to find targets for the stimulation or inhibition of exosome-induced angiogenesis.

Writing of the manuscript: Ludwig N

Supervision and editing of the manuscript: Jackson EK, Whiteside TL 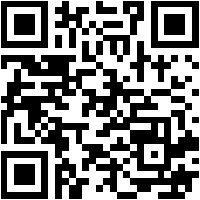