We describe a right coronary artery (RCA) chronic total occlusion (CTO) percutaneous coronary intervention (PCI) procedure in a very high risk patient, in whom a complex PCI with the support of Impella CP device plus Rotablator rotational atherectomy was performed 6 months ago to revascularize a very calcified left anterior descendent. This was an unusual approach because it was performed through a very rare connection by retrograde technique. It was performed through a third distal septal branch connecting with the moderator band artery. Reverse controlled antegrade and retrograde tracking technique was then successfully performed. After RCA CTO PCI, there was an improvement in the patient symptoms and quality of life. This case highlights the important role of this unusual and rare source of collateral circulation in RCA CTO.

The use of the retrograde approach[1-9] has dramatically increased in the last years, not only throug the septal collaterals and saphenous venous graft[10], but also via epicardial connections[11] to the chronic total occlusion (CTO) lesion.

We report the case of a right coronary artery (RCA) CTO recanalized using the retrograde approach through the contralateral channels of a third septal artery connecting with the moderator band artery [Figure 1] that was connected with the right ventricular branch of the RCA. 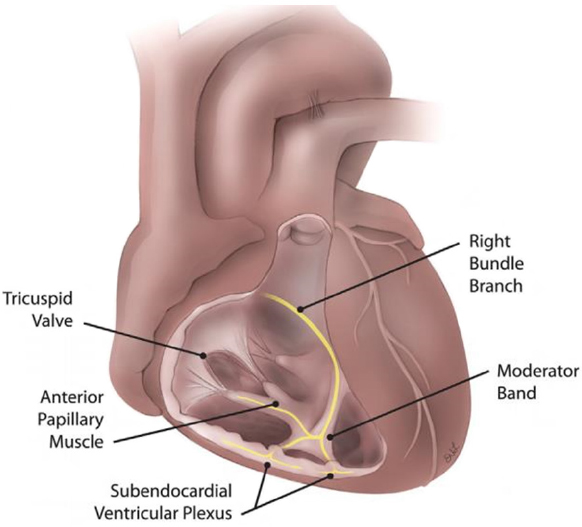 Figure 1. Anatomy of the moderator band artery, crossing from the septum to the free wall of the right ventricle and supporting the anterior papillary muscle of the tricuspid valve 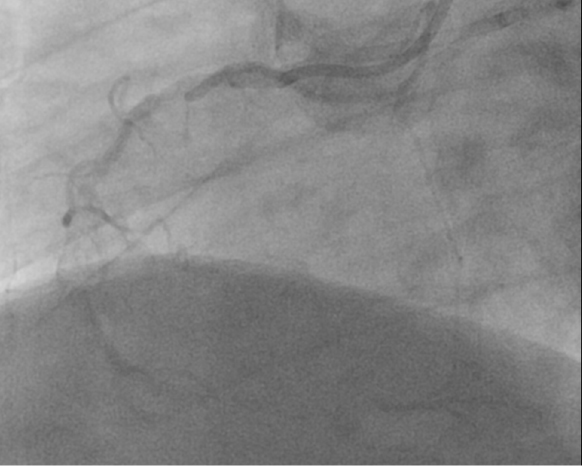 We started the procedure through double femoral access, trying to perform the anterograde approach. We tried to reach the intimal plaque and then the distal vessel, first using AL-1 guide catheter 7F in the RCA, Turnpike spiral microcatheter (Teleflex), Fielder FC guidewire (Asahi Intec.) and Conquest Pro 12 (Asahi Intec.), however without success. After 15 min, we decided to switch retrograde approach, using EBU 4.0 7F guide catheter in left coronary. We used a Turnpike spiral microcatheter (Teleflex) and a Whisper Light Support (Abbott) guidewire to access the third septal, where we could navigate into a connection through the moderator band artery into the right posterior atrioventricular branch. Then, we used the Turnpike Spiral microcatheter to replace the previous guidewire for a new Sion (Asahi Intec.) guidewire due to the fragility of this channel. After accessing the RCA [Figure 3], the reverse controlled antegrade and retrograde tracking technique [Figure 4] was performed and the retrograde guidewire was externalized [RG3 (Asahi Intec.)]. As we reached the RCA in the middle part of the vessel, we used a double lumen catheter TwinPass (Teleflex) to introduce a Fielder FC guidewire anterogradely into the distal RCA, and then PCI with 3 DES Xience Alpine (Abbott) was performed with a good result [Figure 5].

Figure 3. With a Whisper LS we crossed through the moderator band artery to a Right Ventricular Ramus reaching the RCA. RCA: right coronary artery 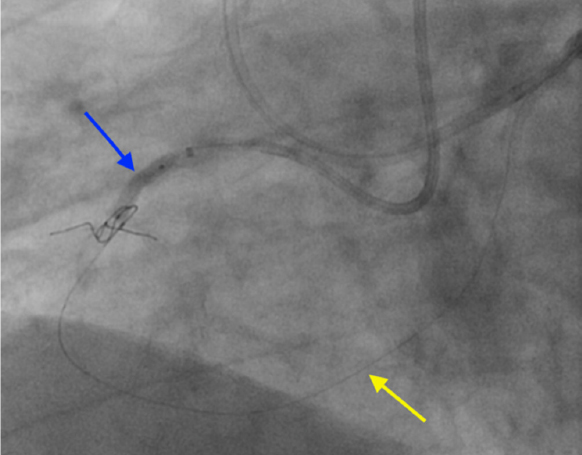 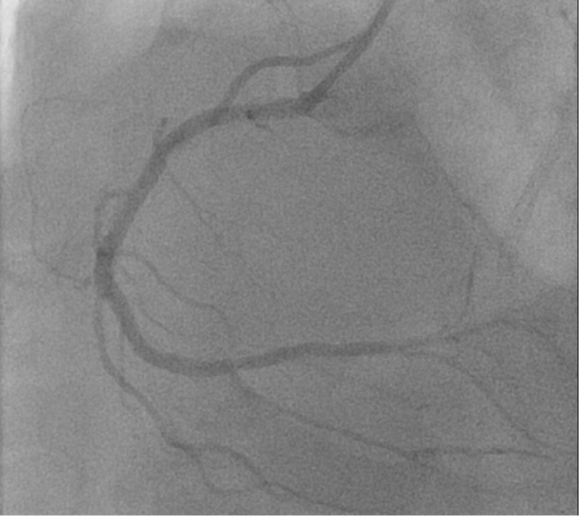 The retrograde approach has dramatically increased as an alternative to recanalize complex CTO in case of anterograde failure. Data from the ERCTO registry showed that retrograde approach was only used in 15% of the CTO procedures[12]. The septal collaterals are the safest and easiest to track to achieve retrograde access, but in our case we showed an unusual route of the septal channel that was connected probably with the moderator band artery[13]. Sadek et al.[14] described this forgotten access, showing that first, the moderator band is a muscle column that courses inferiorly from the right portion of the interventricular septum to the base of the anterior papillary muscle of the right ventricle. Second, the source of the moderator band artery lies in the first three septal arteries, most often in the second one; in our case we used the less common third one. Finally, this artery makes connections with various branches of the RCA, hence representing a real source of collateral circulation to RCA CTO as we practically demonstrated through this case.

To the best of our knowledge, this is the first case report of a retrograde approach using the moderator band artery as source of collaterals to open a RCA CTO.

In conclusion, the retrograde route described above could be useful for CTO RCA cases after antegrade failure and when standard approach of using the septal collaterals to connect with the posterior descendent artery is not available.

All authors declared that there are no conflicts of interests. 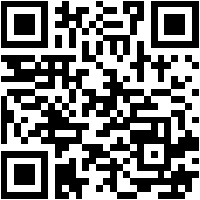