1Department of Medicine, Division of Cardiology, , .

High-density lipoprotein (HDL) plays a major role in reverse cholesterol transport (RCT) but also exhibits, anti-inflammatory, endothelial/vasodilatory, anti-thrombotic, antioxidant, anti-aggregating, anticoagulant and cytoprotective functions, which enhance its protective effect against cardiovascular disease. However, the function of HDL is dependent upon genetic, environmental and lifestyle factors. Modification of the protein or lipid components of HDL in certain conditions may convert the HDL particles from anti-inflammatory to pro-inflammatory and pro-atherogenic by limiting their ability to promote RCT and to prevent LDL modification. In our review, we will present the clinical and scientific data pertaining to the factors and conditions that impair HDL functionality and we will discuss the effects of dysfunctional HDL on atherogenesis.

There is extensive clinical evidence showing that there is a clear inverse relationship between serum high-density lipoprotein-cholesterol (HDL-C) concentrations and the risk for cardiovascular disease (CVD), which is independent of the concentration of low-density-lipoprotein cholesterol (LDL-C)[1]. Actually, in a large meta-analysis, which included 20 randomized controlled trials with 543,210 person-years of follow-up and 7,838 myocardial infarctions, it was shown that, after adjustment for on-treatment LDL-C levels, age, hypertension, diabetes, and tobacco use, statins do not affect the relationship between HDL-C concentration and cardiovascular risk, so that low HDL-C concentrations continue to exhibit a significant, independent association with increased CVD risk despite statin therapy[2].

The cardioprotective effects of HDL are exerted mainly via its role in the reverse cholesterol transport (RCT) pathway, by promoting the removal of cholesterol from peripheral cells and thus inhibiting foam cell formation and preventing atherogenesis. Furthermore, HDL promotes endothelial repair, decreases the expression of endothelial adhesion molecules and possess anti-inflammatory, antioxidant, antiaggregatory and anticoagulant properties. Thus, it becomes evident that the cardioprotective effect of HDL goes beyond RCT[3,4].

On the other hand, there is ample clinical evidence showing that HDL functionality, more than HDL-C concentration per se, plays a crucial role in atheroprotection[5,6]. HDL functionality is assessed by the cholesterol efflux capacity (CEC), which determines the ability of HDL to accept cholesterol from macrophages for excretion into the liver. CEC has been shown to be an excellent predictor of atherosclerotic disease[7].

Furthermore, it is known that under certain conditions, such as the oxidative environment of the acute-phase response, the HDL particles may lose their anti-inflammatory properties and become pro-inflammatory[8].

In our review, we will present the clinical and scientific data pertaining to the factors and conditions that impair HDL functionality and we will discuss the effects of dysfunctional HDL on atherogenesis.

On the other hand, the structure of the HDL particles is very complex. Mass spectrometry studies have shown that the HDL particles carry an array of proteins, which are engaged in lipid metabolism but also affect complement regulation, acute-phase response and proteinase inhibition[5,13]. Moreover, lipidomic studies have identified in excess of 200 molecular lipid species in normolipidemic HDL, including phospholipids, sphingolipids, steroids, cholesteryl esters (CEs), triglycerides, diacylglycerides, monoacylglycerides and free fatty acids[5,14].

Given the above heterogeneity of HDL particles and their structural complexity, it becomes easily understandable that any modifications of the components of the HDL particles may alter their functionality and potentially render HDL dysfunctional.

Certain genetic, environmental and pathophysiologic conditions can influence the HDL cardioprotective effects by disrupting its protein components, lipid content, or by promoting modifications in the enzymes responsible for HDL metabolism.

Furthermore, in pro-inflammatory states, Apo-AI becomes a substrate for myeloperoxidase (MPO), a protein released by macrophages, monocytes and neutrophils, which catalyzes the chlorination or nitration of tyrosyl residues of ApoA-I molecules in HDL. MPO promotes oxidative damage of the HDL particle, which leads to a significant reduction of its anti-inflammatory properties, thus rendering HDL dysfunctional[20].

Oxidized LDL is a powerful inducer of atherogenesis due to its role in endothelial dysfunction and foam cell formation. The mechanism by which oxidized LDL promotes atherogenesis involves the promotion of monocyte adhesion to the endothelium via activation of macrophages and mast cells[21]. As it was alluded to earlier in this review, under normal conditions, HDL has antioxidant properties and prevents oxidation of LDL, which contribute to its cardioprotective effect. However, in pro-inflammatory environments, HDL may also lose its ability to inhibit monocyte migration within the arterial wall and thus lose its antioxidative effects on LDL particles[22,23].

Another factor that can modify the antiatherogenic properties of HDL is the alteration in the HDL lipid composition. Reorganization of HDL lipid components due to an upregulation of the activity of CE transfer protein, as observed in insulin resistance states, such as the metabolic syndrome, can modify the CE/triacylglyceride (TAG) ratio in HDL, which plays a crucial role for the antioxidant activity of HDL. Furthermore, increased TAG content in the lipid core may also cause dysregulation of CE transfer through scavenger receptor class B type I, therefore impairing RCT[24].

It has been also shown that certain disease states may impair HDL function. Disorders such as atherosclerosis and type 2 diabetes mellitus promote a subclinical chronic inflammatory microenvironment at a biomolecular level, eliciting protein remodeling of HDL with subsequent disruption of its anti-atherogenic, antioxidative and anti-inflammatory properties[25,26]. Furthermore, ApoA-I glycation impairs HDL functionality[27], leading to the impairment of the anti-atherogenic[28] and anti-inflammatory[29] properties of HDL.

Environmental factors have also a significant impact on HDL function. Factors that alter HDL functionality include smoking, obesity and dietary habits. HDL is susceptible to oxidative modifications by cigarette smoking. As a result, HDL loses its atheroprotective properties in smokers and becomes dysfunctional[30]. With regard to obesity, there is evidence that it may reduce CEC and impair HDL functionality[31]. In addition, consumption of saturated fat has been shown to impair arterial endothelial function and reduce the anti-inflammatory activity of HDL. On the contrary, the anti-inflammatory activity of HDL is enhanced after consumption of polyunsaturated fat[32].

Impact of dysfunctional HDL on CVD

There is extensive evidence from clinical studies confirming the adverse role of dysfunctional HDL on atherogenesis and the risk for CVD.

In a post hoc analysis of two large prospective studies, the IDEAL (Incremental Decrease in End Points through Aggressive Lipid Lowering) trial and the EPIC (European Prospective Investigation into Cancer and Nutrition)-Norfolk case-control study, it was shown that very high plasma HDL-C levels (≥ 70 mg/dL) and very large HDL particles (> 9.53 nm) conferred an increased risk for coronary artery disease (CAD) when levels of ApoA-I and ApoB were kept constant[33]. This observation may be explained by the hypothesis that very large, cholesterol-enriched HDL particles, may at some point become cholesterol donors rather than acceptors and thus become pro-atherogenic[33]. This hypothesis was supported in another community-based cohort study, in which it was clearly shown that cholesterol-overloaded HDL particles were independently associated with progression of carotid atherosclerosis in a population free of CVD. More specifically, participants with the highest estimated number of cholesterol molecules per HDL particle (≥ 53.0) had 1.56-fold increased progression of carotid atherosclerosis, as compared with those with the lowest estimated number of cholesterol molecules per HDL particle (< 41.0)[5,34]. Furthermore, in a very recent study of two large population-based cohorts in Denmark (52,268 men and 64,240 women), it was clearly shown that in men and women in the general population extremely high HDL-C levels were paradoxically associated with high all-cause mortality risk[35]. In addition, in a large-scale pooled analysis of 9 Japanese cohorts, which included 43,407 participants, it was again shown that extremely high HDL-C levels led to an increase of atherosclerotic CVD mortality[36].

As it was mentioned earlier in this review, CEC from macrophages is currently considered an important metric of HDL function. In this regard, multiple studies have shown an inverse relationship between CEC and the incidence of cardiovascular events, independent to HDL-C levels[7,37,38]. In the Dallas heart study, a multiethnic, population-based, cohort study, in which the HDL cholesterol level, HDL particle concentration, and CEC were measured at baseline in 2,924 adults free from CVD over a mean follow-up period of 9.4 years, there was a 67% reduction in the risk for cardiovascular events in the highest quartile of CEC, as compared to the lowest quartile[7]. This again proves that dysfunctional HDL with low CEC may be an important factor in atherogenesis.

In addition, it has been shown that HDL and ApoA-I recovered from human atheroma are dysfunctional and are extensively oxidized by MPO. More specifically, while the amount of circulating ApoA-I that contains a 2-OH-Trp72 group (oxTrp72-ApoA-I) is minimal under normal conditions, it accounts for 20% of the ApoA-I in atherosclerotic arteries. Increased levels of oxTrp72-ApoA-I have been linked to an increased risk for CVD[39]. Most importantly, there is evidence showing that dysfunctional HDLs with diminished anti-inflammatory activity are present in patients with CAD and they are actually found in higher abundance in patients with acute coronary syndrome (ACS) than in patients with stable angina[40].

The above were also corroborated in a large clinical study, which included 1,548 patients with CAD undergoing coronary artery bypass grafting. This study clearly demonstrated that higher pre-operative HDL-C levels were not associated with a reduction but rather with a clear tendency for an increase in the occurrence of major adverse cardiovascular events[43]. This was attributed to the presence of dysfunctional HDL in patients with CAD, as it was clearly alluded above.

From the above review of the scientific and clinical data, it becomes evident that the HDL particles possess potent cardioprotective biological functions. In addition to their effect in the facilitation of RCT, the HDL particles also possess cytoprotective, anti-inflammatory, antioxidant, antiaggregating and anticoagulant properties, which enhance their protective effect against CVD. These cardioprotective properties of HDL are not solely dependent on the HDL plasma concentration but also depend on HDL functionality. This was confirmed in a large meta-analysis of 108 randomized trials involving 299,310 participants at risk for CVD. In this meta-regression analysis, it was clearly shown that simply increasing the serum levels of HDL-C does not lower the risk of coronary heart disease events, coronary heart disease deaths, or total deaths[44]. On the other hand, there is extensive evidence that under certain conditions, such as the oxidative environment of the acute-phase response, the HDL particles may lose their anti-inflammatory properties and become pro-inflammatory and pro-atherogenic. Thus, future therapeutic agents targeting HDL may be required to enhance HDL functionality rather than simply increase HDL-C concentration.

Conception and design, jointly developed the structure and arguments for the paper, made critical revisions and approved final version: Kosmas CE

Contributed to the writing of the paper: Sourlas A, Montan PD, Guzman E

Data and materials used to help write this article are available for public access. 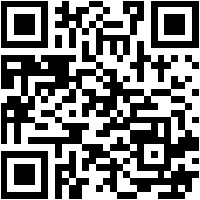