Department of Therapy and Endocrinology, , .

Aim: Assessment of the possibility of the fixed-dose combination of lisinopril + amlodipine + rosuvastatin (Equamer) to achieve further angioprotection in patients with arterial hypertension and high pulse wave velocity (PWV) despite the previous combination antihypertensive therapy (AHT).

Analysis of trends in the development of the modern concept of reduction in cardiovascular risk and mortality reveals several important directions.

First, there is a trend today to “tighten” the blood pressure (BP)[1] and lipid[2] targets, which should lead to a further reduction in total and cardiovascular mortality in patients with arterial hypertension (AH) and atherosclerosis. Second, the co-relation of the improved indicators of elasticity of different caliber vessels, survival rate, and reduced risk of cardiovascular complications of AH can now be considered proven[3]. Principal differences have been found among the classes of antihypertensive drugs in the angioprotective effect (influence on the augmentation index, central systolic and pulse pressure) and, ultimately, in the influence on the typical end points (total and cardiovascular mortality, stroke, myocardial infarction)[4,5]. The same refers to individual representatives of antihypertensive classes[6-13] and various combinations of antihypertensive drugs[14-16]. It has been shown that, upon achievement of the same BP level, lower mortality occurs in the hypertensive patients with a decreased pulse wave velocity (PWV)[17]. Third, low-intensity non-infectious inflammation becomes an important and independent target of pharmacotherapy[18-20], because its reduction [first of all, in ultra-sensitive C-reactive protein (us-CRP)] allows not only to reduce the risk of cardiovascular complications, but also to solve the problem of vascular comorbidity[21]. Fourth, there is a growing awareness that polypill is not only an opportunity to increase the patient’s medication adherence by reducing the number of tablets taken, but also an effective multi-target pharmacotherapy option intended to achieve the BP and lipid targets[22] and hence maximally reduce the risk of cardiovascular complications.

In this respect, it would be practically important to assess the possibilities of a fixed-dose combination of antihypertensive drugs with statins to provide a more pronounced angioprotection, to achieve the BP and lipid targets and to suppress the inflammation in those hypertensive patients who previously underwent a combination antihypertensive therapy (AHT).

The aim of this study was to assess the possibility of the fixed-dose combination of lisinopril + amlodipine + rosuvastatin (Equamer, “Gedeon Richter”) to achieve further angioprotection in patients with AH and high PWV despite the previous combination AHT.

The purpose of the study was to assess changes in the indicators characterizing the elasticity of different caliber vessels [PWV, wave reflection index (AI), central BP (CBP), intima-media thickness of the common carotid artery, flow-dependent vasodilation], insulin resistance and inflammation after switching the patients from the two-component antihypertensive combinations to the fixed-dose combination of lisinopril + amlodipine + rosuvastatin. The target was considered to be BP < 140/90 mmHg.

The open-label study included patients who met all of the following criteria: age from 18 to 65 years, previous combined AHT conducted for at least 6 months, PWV above 10 m/s, age-standardized; signed informed consent of the patient to participate in the study.

Initially and after the course therapy, all the patients underwent 24 h BP monitoring, examination of the vessel wall elasticity, echocardiography and laboratory testing.

The 24 h BP monitoring was performed using the Spacelabs 90207 device (USA). During the daytime hours (from 7 to 23 o’clock), measurements were made every 15 min, during the night (from 23 to 7 o’clock) - every 30 min. A special cuff was used to measure the BP in the patients with excessive body weight.

The PWV, AI and central aortic pressure were determined using the SphygmoCor device[23,24].

In 2010, a group of Spanish researchers published modified SCORE scales for the calculation of vascular age for European countries with high and low cardiovascular disease levels[25]. The method of vascular age calculation from these scales involves calculating the absolute cardiovascular risk (ACVR) from the standard SCORE scales and then comparing the percentage of ACVR with the age of the vessels from the modified SCORE scale. To perform these calculations, the following data are required: patient’s gender, passport age, smoking status, levels of systolic BP and total cholesterol (TC).

Serum adipocytokines were determined by enzyme immunoassay using Mediagnost kits, leptin high sensitive (0.05-5 ng/mL) and BCM diagnostics adiponectin. Blood was drawn into a plastic test tube without a stabilizer. After centrifugation at 1000 RPM for 10 min, 1 mL of serum was collected. Before the determination of leptin and adiponectin levels, the samples were stored at -20 °C.

The statistical processing of the data obtained was carried out using the bio-medical data package statistical software package. The continuous quantitative initial and demographic characteristics were tested using the independent samples t-test. When the characteristic values were not normally distributed, the Mann-Whitney test was used. For the qualitative characteristics, either Fisher’s exact test or χ2 test was applied depending on the number of observations in each cell of the contingency table. The data were presented in the form of M ± m, where М is the mean and m is the standard error. To validate the changes before and after the treatment, Student’s paired t-test was used.

The study design did not include randomization or calculation of the sample size since a limited number of patients with the characteristics required attend our outpatient clinic, considering this a limitation of the study, and thus an observer-dependent bias, carrying out the daily clinical practice according to clinical guidelines.

The study was conducted in accordance with the good clinical practice standards and the principles of the Helsinki Declaration. The study protocol was approved by the Regional Ethics Committee. Written informed consent was obtained from all the participants prior to their involvement in the study.

The clinical and demographic characteristics of the patients involved in the study are presented in Table 1.

Clinical and demographic characteristics of the cohort involved in the study

According to the office BP measurements [Table 2], switching the patients from the dual antihypertensive combinations to the fixed-dose combination of lisinopril + amlodipine + rosuvastatin has resulted in a decrease of 14.4% in systolic BP (SBP) and 18.4% in diastolic BP (DBP) (P < 0.05 vs. baseline) in the absence of changes in the heart rate.

Changes in BP and HR after 6 months

The data of the 24 h BP monitoring have confirmed that switching to the fixed-dose combination of lisinopril + amlodipine + rosuvastatin makes it possible to reduce the average daily SBP by 16.1% and DBP by 21.8%, the average nightly SBP by 14.5% and DBP by 19.1% (P < 0.05 vs. baseline). At the same time, in all the groups of the initial therapy, switching to the fixed-dose combination has been accompanied by a definite decrease in the BP variability [Table 3].

Table 4 shows the trends in the indicators characterizing the state of the arterial wall of the vessels belonging to the elastic or muscular type, as well as amortizing vessels, after switching the patients to the fixed-dose combination of lisinopril + amlodipine + rosuvastatin: there has been a decrease of 14.7% in the PWV (P < 0.05), 14.4% in the augmentation index (P < 0.05) and 8.1% in the CBP (P < 0.05), which has reduced the vascular age by 10.2% (P < 0.05).

Changes in the studied biochemical indicators after 6 months

Switching the patients to the fixed-dose combination of lisinopril + amlodipine + rosuvastatin has been accompanied by an improvement in the carbohydrate metabolism indicators [Table 6]: a decrease of 11.1 % in the insulin (P < 0.05) and 22.9% in the HOMA index (P < 0.05).

Changes in the indicators of carbohydrate metabolism after 6 months

Trends in the adipokin levels after 6 months

There have been no statistically significant changes in the anthropometric indicators revealed during the study [Table 8].

Changes in the anthropometric indicators after 6 months

The importance of assessing the possibility of further angioprotection with the use of the fixed-dose combination of lisinopril + amlodipine + rosuvastatin in patients with AH undergoing a two-component AHT is confirmed by the initiation of The LOW CBP study (Targeted LOWering of CBP in patients with hypertension: a randomised controlled trial) and the findings that the combinations of perindopril + amlodipine, valsartan + amlodipine, azelnidipine + olmesartan have a more pronounced positive effect on aortic elasticity than the combinations of atenolol + hydrochlorothiazide, atenolol + amlodipine, olmesartan + hydrochlorothiazide[12-13]. We must also add the trend to a “tighter” control of BP, lipids and inflammation[1,2,18-21]. Therefore, it is appropriate to try to solve these problems using the fixed-dose combination of lisinopril + amlodipine + rosuvastatin which is also able to perform the task of a multi-target pharmacotherapy.

First of all, it should be noted that switching patients from different two-component antihypertensive combinations (mainly the renin-angiotensin-aldosterone system blockers and diuretics) therapy which they underwent for at least 6 months to the fixed-dose combination of lisinopril + amlodipine + rosuvastatin has provided the achievement of the target BP in 7 out of 10 patients, given the fact that the study did not involve the use of maximum doses of antihypertensive drugs in this combination. This is apparently explained by an enhancement of the hypotensive potential due to the statins[26]. The decrease in BP has been confirmed by the data of the 24 h BP monitoring, and all the groups of the initial therapy have shown a positive effect of the fixed-dose combination of lisinopril + amlodipine + rosuvastatin on the BP variability, which can be considered as an important component in the correction of systemic hemodynamic atherothrombotic syndrome[27].

The improved control of BP after the use of the fixed-dose combination of lisinopril + amlodipine + rosuvastatin and the lipid target achievement in 7 out of 10 patients has been naturally accompanied by positive changes in the indicators of vessel wall elasticity (PWV, CBP, AI, vascular age). These favorable changes should be explained not only by the achievement of the BP and lipid targets, but also the positive effect on adipokines (leptin and adiponectin) and low-intensity non-infectious inflammation (us-CRP), which represents an additional factor of angioprotection[28-30].

It is important to emphasize that the use of rosuvastatin in combination with lisinopril and amlodipine has been accompanied by a decrease in the insulin resistance and a positive effect on the carbohydrate metabolism, which removes all the questions about the diabetogenic potential of statins when used in this therapy option.

Thus, it can be said that switching patients from two-component antihypertensive combinations to the fixed-dose combination of lisinopril + amlodipine + rosuvastatin provides better control of BP, lipids, angioprotection and reduction of inflammation in combination with improved carbohydrate metabolism and balance of adipokines.

Conceived of the study: Nedogoda SV

Drafted the initial version of the report: Chumachek EV, Salasyuk AS

Revision and editing of the report: all authors

Reader can ask or mail to corresponding author for materials.

The authors state that there is no need to disclose financial support with respect to this publication.

The study protocol was approved by the Local Ethics Committee of the Volgograd Medical University. Each patient was informed about the study and gave their consent. 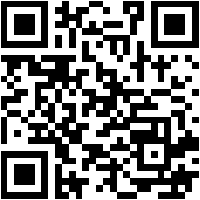