Posterior reversible encephalopathy syndrome (PRES) is an uncommon neurological syndrome due to autoregulation breakthrough with subsequent predominantly vasogenic oedemain associated with several clinical conditions. It is being increasingly reported in antineoplastic-treated patients. Here we report the case of a 72-year-old man who developed PRES during the second cycle of bortezomib treatment for multiple myeloma. Unlike usual PRES cases, only moderate hypertension was present at symptom onset, supporting the hypothesis that alterations of the vascular endothelium and blood-brain-barrier are the principal pathophysiological mechanisms involved in bortezomib-induced PRES. Prompt recognition of this potentially serious neurological adverse event is paramount to prevent mortality and long-term sequelae.

Posterior reversible encephalopathy syndrome (PRES) is a clinico-radiological entity characterized by variable associations of headache, altered mental status, seizures, visual disturbances and less frequently other neurological signs. It may develop in association with many clinical conditions, such as acute hypertension, infections, pre-eclampsia/eclampsia, autoimmune disorders, neoplastic disease, exposure to toxins or drugs[1]. Regardless of the underlying cause, cerebral vasogenic edema usually develops due to impaired autoregulation, blood-brain-barrier damage, and endothelial dysfunction.

Bortezomib is a proteasome inhibitor approved for the treatment of multiple myeloma and mantle cell lymphoma. It acts through the inhibition of nuclear factor kappa B (NF-kB) activity. Few neurological complications have been reported in association with the use of bortezomib, predominantly peripheral neuropathies, and to date, only six cases[2-7] of PRES.

In November 2016, a 72-year-old hypertensive man received a diagnosis of multiple myeloma with IgGk/IgAλ monoclonal component. He was initially treated with bortezomib, thalidomide and dexamethasone. In March 2017, he was switched on melphalan, prednisone and bortezomib.

At the end of March 2017, he acutely developed altered mental status and visual disturbances. At symptom onset, his blood pressure was 170/80 mmHg, slightly higher than his typical values (140-150/70-80 mmHg). A neurological examination showed nonfluent aphasia with altered comprehension and cortical blindness.

No acute changes were revealed on a computed tomography scan, as well as in any laboratory test, including renal function. His blood pressure was controlled adding nifedipine to his habitual enalapril. On a brain magnetic resonance imaging (MRI) scan extensive vasogenic oedema in the subcortical white matter of the occipital lobes and left frontal lobe was demonstrated [Figure 1].

Figure 1. Brain magnetic resonance imaging scans demonstrating: symmetrical high intensity signals in the subcortical white matter of the occipital lobes at onset on FLAIR images (A), whereas a very mild changes on DWI and ADC sequences (B and C), and imaging remission after 10 days on FLAIR images (D)

The clinical history, neurological examination and MRI findings were highly suggestive of PRES, attributable to the use of bortezomib. Further administration of bortezomib was withheld and a short course of dexamethasone 8 mg daily was started and tapered over 5 days.

After 10 days from onset, the patient completely recovered. He was switched on lenalidomide and dexamethasone, and at 6-month follow-up he is experiencing a serological remission of the monoclonal component.

PRES was originally described as the sudden onset of headache, altered mental status, seizures, visual disturbances and less frequently other focal neurological signs in the setting of uncontrolled hypertension, associated with the imaging findings of bilateral parieto-occipital vasogenic brain oedema, characterized by favourable prognosis with improvement or complete resolution. Since the first reports in the mid-90s, much has changed in the spectrum of the disease. The same clinical syndrome has been described in association with atypical radiological patterns, involving frontal and temporal lobes, basal ganglia and even the brainstem. Persistent disability and life-threatening complications such as severe cerebral hemorrhage, cerebellar herniation and refractory status epilepticus have been described. Likewise, an increasing number of different inciting entities have been identified, such as haemodialysis, glomerulopathies and other autoimmune disorders, sepsis, neoplastic disease, and drugs. Among the latter, increasing attention is being directed to antineoplastic therapies. The syndrome has been described in association with induction chemotherapy in childhood acute lymphoblastic leukaemia, specifically with oxaliplatin, L-asparaginase, gemcitabine, bevacizumab, and sunitinib. Multiple myeloma, a neoplastic proliferation of an aberrant colony of plasma cells, has historically been difficult to treat with remission rates as low as 5%. Recent research identified the ubiquitin-proteasome pathway as a potential target for chemotherapeutic agents as its inhibition blocks cellular growth and division, ultimately leading to a proapoptotic state. Bortezomib is a potent, specific and reversible inhibitor of the chymotrypsin-like activity of the 26S proteasome, leading to the inhibition of NF-kB. NF-kB acts as a transcription factor, turning on genes implicated in cell growth, surface molecules expression and vascular endothelial growth factor (VEGF)-mediated angiogenesis. By inhibiting NF-kB, bortezomib leads to the inhibition of cell growth, tumor-associated angiogenesis, and the promotion of apoptosis. The most common adverse events reported in patients receiving bortezomib include thrombocytopenia, fatigue, peripheral neuropathy and neutropenia. To date, only 6 cases of bortezomib-induced PRES have been reported. The exact mechanisms of vasogenic brain oedema in such patients have not been completely delineated. In all cases, imaging studies show prominent posterior poles involvement. Local more sparse posterior circulation sympathetic innervation, compared to that in the anterior circulation, may explain the increased susceptibility of the posterior circulation to haemodynamic stress. Furthermore, as it happens in cases of granulomatous vasculitis and capillary leak syndrome[8], endothelial cell damage and perivascular lymphomononuclear infiltration may further contribute to the development of brain oedema. There have been several cases of anti-VEGF agent induced PRES reported so far[9]. Bortezomib induces decreased transcription of cellular growth factors, including VEGF. Therefore, bortezomib might indirectly alter the integrity of the vascular endothelium through the NF-kB pathway.

In our case, as in other 4/6 cases of bortezomib-induced PRES, only a small increase in blood pressure levels has been detected, suggesting that in bortezomib-treated patients hypertension might be a contributor but not the originator of the cascade leading to brain oedema.

The concomitant use of melphalan is to be considered. In a case series[10], 9/451 of high-dose melphalan treated patients developed acute encephalopathy. Eight of them developed changes in mental status ranging from drowsiness and confusion to loss of consciousness, while one patient had tonic-clonic seizures. Only one patient had imaging abnormalities compatible with posterior reversible encephalopathy syndrome. Melphalan-induced encephalopathy is usually associated with renal impairment. It is not the case in our patient, who was treated with low-dose melphalan and did not experience renal impairment. However, we cannot completely rule out a minor contribution of melphalan in the development of PRES. Our patient received a short course of dexamethasone, which should theoretically improve vasogenic edema, even though robust evidence for their use is lacking.

In conclusion, PRES must be considered when a bortezomib-treated patient develops altered mental status associated with other neurological signs, such as visual alterations or language impairment as in our case, even in the absence of an excessive rise in blood pressure levels, particularly if concomitant potentially neurotoxic drugs are used. Brain MRI scan is the preferred imaging modality to diagnose vasogenic oedema, and posterior poles seem to show a particular susceptibility.

Prompt withdrawal of the offending drug and control of blood pressure are associated with neurological recovery in all cases of bortezomib-induced PRES reported so far.

Conceived the idea of the manuscript and wrote the first draft: Candelaresi P

Searched for the literature and critically revised the manuscript: Casorio MC

Approved the final version: both authors

The authors confirm that this case content has no conflicts of interest.

The authors declare that a written informed consent has been obtained from the patient to publish anonymous information. 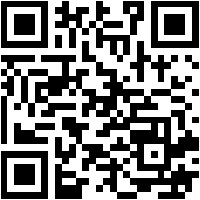