Introduction of the special issue "Atherosclerosis and Related Diseases"

The development of novel anti-atherosclerotic therapies is hindered by the lack of knowledge of the disease mechanisms and the absence of comprehensive concepts of the disease pathogenesis. Detailed studying of the disease mechanisms at molecular and cellular level using modern methods of analysis should attempt to solve this problem. Among the mechanisms to be studied at the first place, are lipid metabolism, innate immunity, chronic inflammation and cell differentiation. In addition to the traditional methods of morphology and biochemistry, the most advanced techniques of cellular and molecular biology should be applied. The results of these studies should contribute to the development of novel comprehensive concepts of the pathogenesis of atherosclerosis and to identification of novel pharmacological tagets for direct anti-atherosclerotic therapy. During the recent years, in addition to the widely-accepted lipid concept of atherogenesis, new targets for anti-atherosclerotic therapy associated with innate immunity and inflammation were proposed.

Three articles of this special issue are discussing the mechanisms of atherogenesis and the diseases associated with atherosclerosis. It is commonly accepted that modified low density lipoprotein (LDL) plays a key role in the initiation and development of atherosclerotic lesions. Several types of atherogenic LDL modifications have been discovered. Alipov et al.[1] from Russia and France investigated modified LDL with reduced sialic acid content (desialylated LDL). Desialylation is one of the atherogenic modifications observed in circulating atherogenic LDL in vivo. The authors reviewed the available data on differences between native and desialylated LDL circulating in the blood of patients[1]. Desialylated LDL is small, dense and highly susceptible to oxidation. This atherogenic modification leads to increased cholesterol intake by macrophages and smooth muscle cells. Thus, it can be argued that the circulating modified LDL is susceptible to multiple modifications and is a trigger for atherogenesis.

Insulin-dependent (type 1) diabetes mellitus is known to be associated with accelerated atherosclerosis development, although the reasons for premature atherogenesis in diabetic patients remain obscure. Several hypotheses exist that attempt to reveal the molecular, cellular and biochemical mechanisms of premature atherogenesis in diabetic patients, but all of them possess insufficient explanatory properties. Sobenin et al.[2] from Russia tested a non-obvious hypothesis that insulin treatment may have a pro-atherogenic side effect on major atherosclerotic manifestations at the cellular level, namely, on proliferative activity and intracellular cholesterol accumulation. The obtained results suggest that insulin does not exert a direct atherogenic action at the level of arterial cells, with respect to proliferative activity and cholesterol content.

Genetic diagnostics is a very promising direction for clinical use in various diseases including atherosclerosis. Sazonova et al.[4] from Russia and Italy aimed to determine the threshold of heteroplasmy levels of mitochondrial DNA (mtDNA) mutations for diagnosis and prognosis of atherosclerotic lesions' appearance and development. The threshold heteroplasmy levels of 11 mitochondrial genome mutations associated with atherosclerosis were detected. The authors suggested that these markers may be used for evaluation of predisposition to atherosclerotic lesions development in humans.

Plasma D-dimer, a product of plasmin fibrinolysis, is a known biomarker of coagulation. In the Letter to Editor, Myasoedova et al.[5] from Italy suggested that D-dimer levels can be helpful for diagnostic and risk stratification of patients with both acute cardiac states and atherosclerosis. They focused on the relationship between inflammation and hemostasis to identify D-dimer biological mechanisms and its effects.

Five articles of the special issue are focused on clinical and diagnostic questions. In dyslipidemia, two main players are identified: LDL and high-density lipoprotein (HDL). The protective role of HDL against atherosclerosis is currently well known. However, the protective efficacy of HDL may be affected by structural and functional alterations of lipoprotein particles. Harangi et al.[6] from Hungary aimed to evaluate qualitative and quantitative markers of HDL in dyslipidemic patients and healthy control subjects. Their findings highlight the importance of HDL-associated pro- and antioxidant enzymes, suggesting the possible clinical benefit of these markers in dyslipidemia.

High blood lipid level remains a major risk factor for many diseases atherosclerotic disease including coronary artery disease. Samaha et al.[7] from Lebanon and Qatar have carried out cross-sectional survey to evaluate the effects of dietary and lifestyle habits on several blood lipid parameters in the Lebanese population. They revealed that hyperlipidemia affects more than half of the Lebanese population. Prevalence of hypercholesterolemia, hypertriglyceridemia and high levels LDL cholesterol was higher in smokers, physically inactive individuals or those who consume fatty meat or eggs. The authors emphasize that the majority of the individuals were unaware of their lipid profile, which mandates concerted efforts for both patient and public education.

Abdominal obesity and excessive body weight are associated with the development of atherosclerotic cardiovascular disease and with increased risk of sudden cardiac death, atrium fibrillation and other forms of arrhythmias. Bilovol et al.[8] from Ukraine aimed to evaluate the probability of developing atrial fibrillation depending on the body mass index and adipokines levels in the general population. The obtained results indicate that while obesity was associated with different metabolic, hormonal and hemodynamic changes that affect heart muscle causing its structural and functional changes, the same changes were present in patients with body weight deficit, associated with similar pathogenic changes, in particular, with atrial fibrillation development.

We express our gratitude to all authors and hope that the readers will find our special issue interesting and useful.

Edited the text and formatted the manuscript: E.A. Ivanova 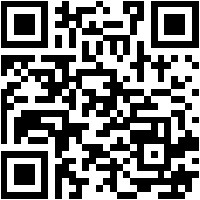