Aim: Type 2 diabetes mellitus (T2DM) is associated with rapid progression of atherosclerosis. There is no doubt that inflammation is involved in atherogenesis. Recent studies showed the relationship between the development of atherosclerotic plaque formation and the amount of pro-inflammatory (M1) activated macrophages in situ.

Methods: The authors studied the ability of circulating monocytes isolated from patients with diabetes (n = 28), coronary heart disease (CHD) (n = 27) and healthy subjects (n = 50) to be activated into M1 phenotype in vitro.

Results: Increased levels of basal and stimulated secretion of tumor necrosis factor alpha (TNF-α) was observed in diabetic patients compared with healthy subjects. On the contrary, in patients with CHD, decreased secretion of the pro-inflammatory cytokine, TNF-α, was found. A direct correlation between glycated hemoglobin (HbA1c) levels in T2DM patients and basal secretion of TNF-α from monocytes was observed.

Conclusion: The authors found diametrically different responses of monocytes from T2DM and CHD under pro-inflammatory stimuli.

Increased prevalence of type 2 diabetes mellitus (T2DM) around the globe has been deemed a "non-infectious epidemic" and according to the International Diabetes Federation, it is predicted that the number of patients with T2DM will reach 642 million people by 2040[1].

Т2DM patients are more likely to exhibit an accelerated development of atherosclerosis and have a 3-4-fold increased risk for cardiovascular mortality[2]. Hyperglycemia is currently considered the main culprit for vascular lesion progression. A meta-analysis of 20 different studies involving 95,783 patients, followed for 12 years, led to the conclusion that glucose is the common underlying risk factor for atherosclerosis, acute cardiovascular mortality and elevations in circulating cholesterol and blood pressure[3]. It is likely that this phenomenon arises from excessive formation of reactive oxygen species in mitochondria due to oxidation of glucose under hyperglycemic blood conditions[4,5]. We have previously observed a 10-25-fold increase in the oxidative modification of lipoproteins in patients with Т2DM, compared to healthy subjects[6]. Macrophages capturing modified low density lipoproteins (LDL) through scavenger-receptors accumulate lipids and become lipid-rich foam cells, thereby leading to atherogenesis[7].

Signs of local and systemic non-specific inflammatory processes in atherosclerosis trace to the earliest stages of vascular lesion development[8]. Increased oxidation of LDL contributes to their diffusion into the subendothelial space and activation of nuclear factor kappa-B (NF-kB) through interaction with toll-like receptors. This process leads to production of inflammatatory mediators[9]. However, activation of NF-kB also activates genetic programs necessary for resolution of inflammation[10]. Recent studies showed the relationship between the progression of atherosclerotic plaque formation and the ratio of pro-inflammatory (M1) and anti-inflammatory (M2) activated macrophages[11]. The role of polarization of macrophages in Т2DM is still unclear. To address this, we studied the basal and induced secretion of the pro-inflammatory cytokine, tumor necrosis factor alpha (TNF-α), by monocytes isolated from the blood of patients with newly diagnosed T2DM, compared to those of patients with coronary heart disease.

None of the patients had any clinical symptoms of systemic inflammation. The study was approved by the local ethics committee and was carried out in agreement with the Declaration of Helsinki. Written informed consent was obtained from all patients.

In order to evaluate the ability of monocytes to be activated, cells were isolated from whole blood using magnetic CD14-positive separation with MACS CD14-positive microbeads (MiltenyiBiotec) and MACS separation columns (MiltenyiBiotec). Monocytes were seeded into sterile 24-well culture plates at a density of 106 cells per well with X-Vivo serum-free medium (Lonza) and cultured at 37 °C in CO2-incubator (95% air and 5% CO2).

Once cultured, monocytes were stimulated with 100 ng/mL of interferon-γ. Secretion of TNF-α was considered a marker of the pro-inflammatory response. The concentration of TNF-α in the culture medium was determined by enzyme-linked immunosorbent assay (ELISA) on day 1 after cell isolation.

As a model for investigation of changes in the immune system of studied patients, we used primary culture of monocytes isolated from the blood and evaluated cellular responses to pro-inflammatory stimuli. We revealed possible bias of monocyte polarization towards the M1 phenotype. This procedure was applied to non-treated T2DH patients (n = 28), CHD patients (n = 27) and healthy subjects (n = 50) (their clinical characteristics are given in Table 1). Cells were stimulated with interferon-γ (100 ng/mL). Secretion of TNF-α was measured by ELISA.

Monocytes from subjects with CHD were characterized by a low degree of basal secretion of TNF-α [Table 2]. Moreover, monocytes lacked the ability to be activated in response to both pro- and anti-inflammatory stimuli. On the contrary, monocytes from subjects with T2DM exhibited a significant 3-fold increase in the basal secretion of TNF-α as well as a 3-4-fold increase in the production of TNF-α in response to stimuli.

Proinflammatory activation of monocytes from T2DM and CHD patients

In this study, we attempted to explore the relationship between glycated hemoglobin (HbA1c) levels in patients with T2DM and susceptibility of their monocytes to activation. The obtained data indicated that there was an obvious trend towards a direct association between HbA1c levels and the monocyte basal secretion of TNF-α [Figure 1]. 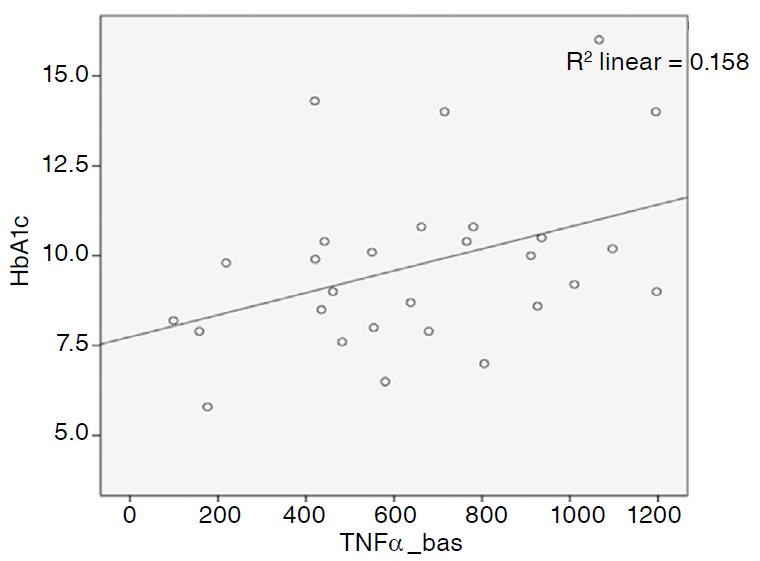 Diabetes mellitus is associated with a rapid development of atherosclerosis. Previously it was demonstrated that oxidative stress under hyperglycemic conditions promotes lipid infiltration to the vascular wall caused by increased oxidation of lipoproteins[12].

Furthermore, metabolic syndrome, which encompasses T2DM, is characterized by chronic systemic inflammation. Mechanisms underlying these pathological processes remain unclear[13-15]. In response to the development of obesity, adipocytes and endothelial cells reduce their insulin sensitivity, promoting the development of T2DM and cardiovascular complications. In turn, development of hyperglycemia and hyperinsulinemia provoke oxidative stress and cause multiple inflammatory reactions[16].

Polarization of monocytes may reflect the status of the innate immune system. We studied the ability of circulating monocytes from patients with T2DM, CHD and healthy subjects to be activated into M1 and M2 phenotypes in vitro. Increased levels of basal and stimulated secretion of the pro-inflammatory cytokine, TNF-α, were observed in diabetic patients, compared to healthy subjects.

Such strong polarization of monocytes caused by pro-inflammatory stimuli may be associated with the activation of many transcription factors, particularly NF-kB. Activation of NF-kB in T2DM is associated with hyperglycaemia-induced mitochondrial superoxide overproduction, leading to the development of oxidative stress[4,17]. Abundance of superoxide partially inhibits the glycolytic enzyme, GAPDH, thus diverting upstream metabolites from glycolysis into pathways of glucose over-utilization. This leads to increased flux of dihydroxyacetone phosphate to diacylglycerol, an activator of PKC, and of triose phosphates to methylglyoxal, the main intracellular advanced glycation end (AGE) products precursor. In its turn, protein kinase C is responsible for the activation of NF-kB[17] contributing to improvements in adhesion of monocytes to the vascular wall[17,18]. Jin et al.[19] found that AGEs not only predominantly induce macrophages to secrete inflammatory cytokines, but also induce M1 polarization. Moreover, AGEs activate the RAGE/NF-kB pathway, whereas the blockade of RAGE or NF-kB can attenuate macrophage activation[19,20]. We also found a direct correlation between the levels of HbA1c and TNF-α in patients with newly diagnosed diabetes [Figure 1]. This observation may be associated not only with more severe oxidative stress in conditions of hyperglycemia, but also with obesity in patients[21].

On the contrary, monocytes from CHD patients lacked the ability to be activated in response to pro-inflammatory stimuli. Recently, similar a phenomenon was found in patients with atherosclerosis[22].

In conclusion, this study aimed to establish the cause of atherosclerosis in patients with diabetes in the context of chronic inflammation. Unexpectedly, we found diametrically different abilities of monocytes from T2DM and CHD to respond under pro-inflammatory stimulus.

All participants gave their written informed consent prior to their inclusion in the study.

It was approved by the local ethics committee of the Institute for Atherosclerosis Research, Skolkovo Innovation Center, Moscow, Russia. 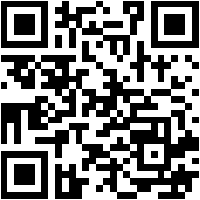