Aim: To assess the value of body mass index (BMI) and adipokine levels in predicting development of atrial fibrillation (AF) in the general population.

Methods: Three hundred and ninety eight patients were examined for the presence of phenotype metabolically healthy obesity (MHO), according to the Wildman criteria; adipokine levels were assessed by enzyme immunoassay method; AF was assessed by electrocardiography (ECG) and/or by ECG diurnal monitoring.

Results: Obesity (group 1) and overweight (group 2) was present in 23.7% and 42.0% of participants; while 21.1% were normal body weight (group 3) and 13.1% had a BMI < 19.9 kg/m2 (group 4). Phenotype MHO was detected in 19.6% patients. At follow-up, 32.4% of participants developed AF. Adiponectin levels were significantly higher in MHO patients as compared to metabolically unhealthy patients with abdominal obesity (AO). High molecular weight adiponectin (HMVAN) levels were significantly decreased in patients of groups 1 and 4, as compared to groups 2 and 3. Correlation between AF and HMWAN was determined by regressive analysis in patients of 1st and 4th groups (β = -0.24, P = 0.003 and β = -0.26, P = 0.002, respectively).

The likelihood of being overweight or obese in adulthood has been increasing in epidemic proportions in the last few decades[1]. We have witnessed a parallel rise in the incidence of atrial fibrillation (AF), which is the most common sustained cardiac arrhythmia and a significant cause of cardiovascular (CV) morbidity and mortality. It can be explained by advances in the treatment of coronary heart disease (CHD) and heart failure (HF) improving life expectancy and consequently the prevalence of AF (since the incidence of atrial fibrillation increases with age)[2].

Abdominal obesity (AO) and excess body weight are associated with the development of cardiovascular disease (CVD), including an increased risk of incidence of sudden cardiac death, atrium fibrillation and other form of arrhythmias[1].

Patients with elevated BMI, but normal insulin sensitivity, lipid profiles and blood pressure (BP), are considered to be metabolically healthy obesity (MHO)[4]. Some epidemiological data suggest that MHO carries a lower risk of CVD, lower risk of AF development and less all-cause mortality than being normal weight yet metabolically unhealthy[5]. The precise mechanism that induces AF in obesity is still unknown. Metabolic comorbidities are common in obese people and could be the main reason for increased AF risk and total cardiovascular risk, apart from obesity itself. There are several proposed mechanisms that connect obesity and AF[6-10].

Studies on the mechanisms by which obesity induces AF show that obesity causes atrial arrhythmogenic remodeling. Progression of atrial ﬁbrosis is a key event in the pathogenesis of AF[12,13], and can be caused by aging, underlying cardiac diseases, systemic diseases or inﬂammatory processes, or AF itself. Obese individuals, even without cardiovascular disease, have left atrium (LA) enlargement[14] and different electrical properties, such as slower conduction from the LA entering the pulmonary vein (PV) and a signiﬁcantly shorter effective refractory period in the LA and PV[15].

Adipokines are bioactive proteins produced by the adipose compartment that have wide-ranging effects across organs and tissues. Leptin and adiponectin are both closely related with obesity and have recently been implicated with AF. These hormones are secreted primarily by adipocytes, while the stromovascular tissue surrounding fat secretes tumor necrosis factor-alpha (TNF-α) and macrophages secrete resistin[16,17]. These adipokines have been proposed as links between adiposity and insulin resistance, glucose deregulation, and CVD. Adiponectin is reduced in obesity, CHD, HF, AF and T2DM, and increased following weight loss. Adiponectin levels were independently associated with the incident of AF[16,17]. However, it remains unclear whether these are markers of failed regulatory pathways that lead to AF or are directly involved in AF pathogenesis.

Our study aimed to elucidate the causal relationship between AF and BMI or adipokine levels, specifically serum leptin and high-molecular-weight adiponectin (HMWAN), among the general population.

This study comprised 398 patients randomly selected while visiting the out-patient unit due to any reason, except acute heart pathology, provided they had not had heart rate disorders in their past medical history.

At the screening stage, echocardiography was performed on the apparatus Toshiba-SSH-60 A (Japan) using standard methods (in M and B regimens) by the recommendations of the American Echocardiogram Society.

The study included patients who initially had minimal differences in echocardiography indicators as compared to the control group for minimization of the impact of other risk factors at the onset of atrial fibrillation. Careful selection of patients made it possible to reliably estimate the effect of the selected parameters - BMI, leptin and high molecular weight adiponectin on the probability of atrial fibrillation, according to the goal of the study.

The phenotype MHO was assessed according to Wildman criteria: the presence of 0-1 factors indicating metabolic health[18]. Patients with AO were considered as MHO who had met the following criteria: systolic BP and diastolic BP below 130 mmHg and 85 mmHg respectively without antihypertensive therapy; serum TG ≤ 1.70 mmol/L; serum HDL cholesterol ≥ 1.04 mmol/L for males and ≥ 1.30 for females without lipid-reducing treatment; fasting serum glucose ≤ 5.55 mmol/L without hypoglycaemic therapy; serum CP ≤ 4.72 mg/L; HOMA-IR ≤ 4.81.

Every patient was checked by electrocardiography (ECG) and/or by ECG diurnal monitoring (DM-ECG). Time of surveillance varied from 3.4 to 6.2 years (mean span 3.8 ± 1.2 years).

In order to evaluate obtained results they were compared with values of 20 people regarded as healthy (nothing abnormal was revealed) matching by age and gender. All statistical analyses were performed using the program (STATISTICA® for Windows 10.0) and t-criterion of Student (P < 0.05); the minimum level of statistical significance was assumed at P < 0.05. Continuous variables were presented as means ± standard deviation. To determine the differences among the groups, Student’s t-test was used for continuous variables, the correlation analysis was used to calculate the Pearson correlation coefficient and the Spearman rank correlation coefficient.

According to the goal of the study, all patients were allotted to 4 groups considering BMI [Table 1]. Echocardiographic characteristic of patients were given in Table 2. Characteristics of patients of different groups included in the study, according to the main physical and laboratory parameters are presented in Table 3. Data for phenotype MHO assessment were accessible in 97 participants. Phenotype MHO (Wildman) was recognized in 19 people (19.6%) that corresponded to the global estimates. Characteristics of MHO-type patients were given in Table 4. Assessment of serum adipokines revealed some peculiarities of leptin and HMWAN rate with regard to different BMI. HMWAN values were significantly raised in MHO-type patients comparatively to MUO type ones with AO: respectively 11.32 mcg/mL and 7.87 mcg/mL (P < 0.01). Leptin was in the same range in patients of all subsets. HMWAN was significantly lower in patients of 1st and 4th groups comparatively to 2nd and 3rd groups [Table 5]. AF was identified in 129 patients (32.4%) throughout the span of surveillance. Patients with obesity and body weight deficiency (1st and 4th groups) developed AF more frequently compared to other groups. There were different types of AF: AF paroxysms spontaneously resolved into sinus rhythm or restored to sinus rhythm by medicated cardioversion, long-lasting AF of persistent or permanent type. Analysis of AF incidence among patients involved in the study was shown in Table 6.

Baseline characteristics of the study population with different BMI

The incidence of various forms of atrial fibrillation in patients examined during the observation period (3.8 ± 1.2 years)

The obtained results revealed some peculiarities of leptin and HMWAN levels in relation to various BMI. It was established that the level of leptin did not differ significantly in patients with normal body weight or with an increase or decrease BMI. At the same time, HMWAN value changes were more significant and had specific features in individuals with different body weight. We found a reduction of HMWAN with BMI deviations greater and smaller from normal values. Thus, there was significant decrease of serum HMWAN in patients with obesity of group 1 with a BMI of more than 30 kg/m2, and with a body mass deficit in patients of group 4 with BMI less than 19.9 kg/m2. It is also important to note that the difference in the HMWAN value reduction in patients with obesity and body weight deficit was insignificant, while significantly different from those with normal and increased body weight with a BMI within 25-29.9 kg/m2.

These results indicate that obesity not only leads to different metabolic, hormonal and hemodynamic changes in the body that affect the heart muscle, causing its structural and functional changes, but the same changes are taking place in the patient with a body weight deficit, causing similar pathogenesis, particularly AF development.

Adiponectin plays an important role in many metabolic processes; it has a protective effect, especially for development of endothelial dysfunction, atherosclerosis and other vascular diseases, the progression of which is reflected in heart rhythm disturbances, in particular, the onset of AF[19]. Adiponectin is under the influence and itself influences the action of many pathophysiological mechanisms, including pathological TNF-α, interleukin-6, C-reactive protein, insulin, body weight, blood pressure deviation, and progression of many chronic diseases[20].

Adiponectin is involved in cardiac remodeling, not only through direct action on the cardiac muscle, but indirectly through the effect on endothelial function, atherogenesis, and vascular inflammation. In addition, adiponectin penetrates the blood-brain barrier and affects the function of the heart through the central nervous system[21].

Adipose tissue can be related to the lipotoxicity of cardiomyocytes, which is carried out through unknown factors with the participation of FATP4 and CD36 transporters, and cardiomyocytes can maintain the stability of adipose tissue, affecting the secretion of adipokines[22].

Insulin resistance - this is the main pathological mechanism that binds metabolic, anthropometric and clinical indicators with the increasing risk of CVD and DM2. Adipocytokine imbalance, with a low level of adiponectin, can act as a triggering mechanism for the development of hyperinsulinemia, impaired glucose tolerance, dyslipidemia, endothelial dysfunction, arterial hypertension, abdominal obesity, fibrosis and atrial fibrillation[23].

Analysis and/or interpretation of data: O. Bilovol, Y. Shaposhnikova, I. Ilchenko, A. Shalimova

Writing (not revising) all or sections of the manuscript: O. Bilovol, Y. Shaposhnikova, I. Ilchenko, A. Shalimova

Each patient was informed the study and gave their consent.

The study protocol was supported by the Ethics Committee of the Kharkiv National Medical University. 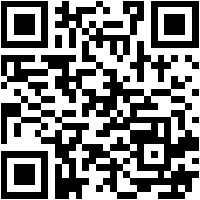