A prominent role of D-dimer in inflammation and atherosclerosis

Plasma D-dimer (D-d) is a product of plasmin fibrinolysis of cross-linked fibrin that leads to increased fibrin turnover. D-d is a known biomarker of coagulation and is commonly used for quick diagnosis of deep venues thrombosis, pulmonary embolism and acute aortic syndrome, with high sensitivity and rather low specificity.[1] Recent data suggest that D-d is helpful for both diagnostic and prognostic purposes.

Mori et al.[2] evaluated the potential of D-d and C-reactive protein (CRP) levels, measured at hospital admission, to predict long-term adverse events after acute aortic dissection. They showed that patients with the worst outcomes had both biomarkers elevated compared to patients with no or minor adverse events.

In another study by Gorla et al.,[3] the results obtained by evaluation of inflammatory imaging markers with flurodeoxyglucose positron emission tomography - computed tomography (FDG PET CT) and adverse outcomes, during a 3-year follow-up after acute aortic syndrome, suggested that all-cause mortality and major adverse events were higher in the PET-positive patients. Interestingly, these differences were more evident when PET results were combined with D-d levels.

These data suggest that, after acute cardiac states, the combination of D-d and CRP levels appears to be a strong predictor of cardiovascular events and overall mortality.

The role of systemic inflammation in all stages of atherosclerosis is well known. Based on D-d association with inflammation, we evaluated the role of this circulating biomarker in patients that underwent coronary artery bypass grafting (CABG).[4] The specific aim of this study was to assess if D-d level, before surgery, was able to predict graft occlusion. Eighteen months after CABG, we evaluated graft patency by CT scanning. Notably, pre-operative D-d level was an independent predictor for both arterial and venous grafts occlusion.

D-d was identified also as a predictor of atherosclerotic lesion severity and of overall outcomes in 2209 angiographically-proven patients with coronary artery disease (CAD).[5] In addition, in a large prospective study, D-d measured at baseline was shown to predict future acute myocardial infarction (odds ratio of 2.5) and cardiovascular death (odds ratio of 4.0).[6] Interestingly, D-d level was also independently associated with cardiac events incidence (odds ratio of 2.0) in post-menopausal women.[6]

A recent review by Soomro et al.[7] indicated the role of D-d as a prominent circulating biomarker. Indeed, in patients with peripheral aortic disease (PAD), D-d level linearly increased with severity of the disease, both in males and females. In addition to PAD progression, D-d was proven to predict also future coronary events. The increment of D-d in patients with atherosclerosis could be explained by the fact that the atherosclerotic process may lead to fibrinolysis.

In conclusion, the accumulating evidence suggests that D-d level can be helpful for diagnostic and risk stratification of patients with acute cardiac states as well as atherosclerosis. We need to focus our attention to the relationship between inflammation and hemostasis to identify D-d biological mechanisms and effects. Moreover, further studies are needed in order to understand the real potential of this biomarker. Finally, specific studies, aimed to identify a D-d plausible cut-off in patients with atherosclerosis, will allow its use in clinical practice.

Reviewed data and worked on the subsequent revisions: A. Parolari

Reviewed progress of the article at each step, and finalized the manuscript: V.A. Myasoedova, P. Poggio, A. Parolari

This work was supported by the Fondazione Gigi e Pupa Ferrari ONLUS. 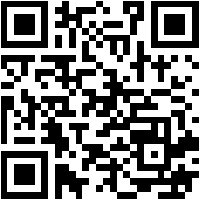