Aim: These experiments studied adipokine and interleukin imbalances during the development and progression of metabolic disorders in patients with arterial hypertension (AH) and type 2 diabetes mellitus (T2DM).

Conclusion: A novel pathogenic link was demonstrated between metabolic disorders, adipokines, and pro-inflammatory IL-6 levels as negative regulators of comorbid AH and T2DM.

Arterial hypertension (AH) is an important public health challenge in both economically developing and developed countries.[1] The reported prevalence of AH has varied globally; the lowest prevalences was found in rural India (3.4% in men and 6.8% in women) and the highest was observed in Poland (68.9% in men and 72.5% in women).[2] Sur et al.[3] in 2010 reported that more than 3 million people in Romania are hypertensive. In 2009, one-fifth of the adult Danish population was hypertensive.[4] Hypertension affects nearly 75 million adults in the USA and is a major risk factor for myocardial infarction, ischemic stroke, chronic kidney disease, and vascular disease. According to an analysis of American data from the Nationwide Emergency Department Sample, there was a 25% increase in the number of people visiting emergency rooms for hypertension-related procedures between 2006 and 2011.[5] A 25-year epidemiological study has been devoted to situational dynamics related to AH in the Ukraine. The report enrolled urban residents aged 18-64 years and indicated that AH prevalence grew from 30.6% to 35.3% (P > 0.05) over the observation period, probably due to increased average systolic arterial pressure levels.[6] The study also revealed a preponderance of risk factors among patients with AH. Only 5.6% of AH patients exhibited zero risk factors. Strikingly, 25.4% of AH patients had one risk factor, 33.2% of patients had 2 risk factors, and 3 or more risk factors were reported in 35.8% of patients. Unfortunately, the epidemiologic environment contributing to AH remains unfavorable. The Ukrainian data suggest that the AH high-risk profile is common.[6] Thus, it is unlikely that a noticeable decline in the death rate of this population will occur in the near future. A significant number of individuals with AH are unaware of their disease. Among those with diagnosed hypertension, treatments are frequently inadequate and incidence of deaths due to hypertension complications is high.

Isolated AH is currently rare. More commonly, physicians encounter clinical situations in which cases of AH are associated with endocrinopathies. The turn of the 21st century was marked by significant prevalence of type 2 diabetes mellitus (T2DM). Increases in incidence worldwide led to discussions about the global diabetes epidemic. The World Health Organization reported in 2016 that the number of people with diabetes mellitus rose from 108 million in 1980 to 422 million in 2014. Among adults over 18 years of age, diabetes mellitus rates rose from 4.7% in 1980 to 8.5% in 2014.[7] Given that diabetes mellitus disables patients at very early ages and leads to high mortality rates, the fight against diabetes has been elevated to a top priority for national health care systems across the world.

According to epidemiological studies, in patients with a combination of hypertension and T2DM the risk of fatal coronary heart disease increases 3 to 5 times, stroke increases 3 to 4 times, complete loss of vision increases 10 to 20 times, uremia increases 20 to 25 times, and gangrene of lower extremities becomes 20 times more likely.[8]

One explanation for the frequent observation of comorbid type 2 diabetes in hypertensive patients is that the prevalence of overweight and obesity in the population has increased.[9] Prospective studies have shown a strong relationship between obesity and type 2 diabetes. Almost 90% of patients with T2DM are obese. Similarly, the risk of hypertension is 50% higher in obese patients compared to those in normal weight ranges.

In the last few years, inflammatory mechanisms have been shown to regulate initiation, maintenance, and development of cardiovascular disease. Associations between cardiovascular diseases and obesity are mediated, in part, by secretory regulation of adipose tissue. Adipose tissue secretes bioactive peptides (adipokines), which have local and distal influences on organ systems through autocrine, paracrine, and endocrine functions. Increased production of adipokines in obese patients impacts multiple bodily functions, many of which are linked with cardiovascular diseases, such as: insulin sensitivity, immunity, angiogenesis, hemostasis, lipid metabolism, and blood pressure. Adipocytes, like T-lymphocytes and macrophages, produce cytokines and are involved in complement activation-stimulating inflammatory signaling cascades.[3,8] Cytokine imbalance is a well-established mechanism contributing increased risk of vascular complications. Therefore, elucidating the interaction between adipokines, interleukins, and metabolic disorders in patients with AH and T2DM is relevant.

The present study was undertaken to investigate the effects of adipokine and interleukin imbalances on the development and progression of metabolic disorders in patients managing hypertension with comorbid type 2 diabetes.

Ninety-five patients with stage II second degree arterial hypertension (53 males and 42 females) were assessed. The mean age of the cohort was 54.7 ± 5.4 years. The patients were sub-divided into 2 groups. Group 1 (n = 48) consisted of hypertensive patients without T2DM. Group 2 (n = 47) was a comorbid population with both AH and T2DM. The control group consisted of 20 age- and gender-matched healthy subjects. AH diagnoses were conducted according to guidelines for the management of arterial hypertension from the European Society of Cardiology (ESC) and the European Society of Hypertension (2013), as well as Ukrainian Cardiology Association recommendations (2013).[10]

Next, insulin resistance (IR) indices were analyzed in the cohort. Patients in group 2 exhibited significantly higher HOMA-IR index values, as well as insulin and C-peptide measurements, when compared to group 1 and the controls (P < 0.0001, P = 0.0003, P = 0.0004, respectively) [Table 2]. These data indicated that hyperinsulinemic IR progression was associated with T2DM incidence. HOMA-IR indices in patients with AH alone were 2-fold higher than in controls (Р = 0.00001). In patients with both AH and T2DM, HOMA-IR indices were 2.2-fold higher than in controls (Р = 0.00001).

Regression analyses of these data identified statistically significant relationships between HOMA-IR levels and: glucose levels (r = 0.42, P = 0.06), C-peptide levels (r = 0.64, P = 0.0001), BMI (r = 0.54, P = 0.0054) and cholesterol levels (r = 0.64, P = 0.056). These results supported the hypothesis that the development and progression of IR correlated with hyperinsulinemia and dyslipidemia. These data also suggest that IR was associated with inflammation and the development of vascular wall atherosclerotic lesions in patients facing both AH and T2DM.[12,13]

Next, glucose tolerance was tested. Impaired glucose tolerance (IGT) was observed in 9.6% of patients with hypertension only. In contrast, 96.5% of patients with both AH and T2DM were glucose intolerant. Also, HbA1c was significantly increased in group 2 patients compared to controls (P < 0.05). These data affirmed that excess body weight had negative impacts carbohydrate metabolism [Table 3]. Furthermore, fasting serum glucose (FG) levels were significantly elevated in group 1 patients (6.2%) compared to controls (Р = 0.034). This may result from abdominal obesity given that: (1) excess body weight is causally associated with IR development; and (2) we observed the highest FG levels in patients with both AH and T2DM.

Serum adiponectin levels were evaluated. Adiponectin levels were reduced in patients with both isolated AH and comorbid AH/T2DM when compared to controls [Table 4]. Hypoadiponectinemia was most apparent in group 2 patients (P < 0.05). Adiponectin levels negatively correlated with HOMA-IR indices (r = -0.52, P < 0.05), TG levels (r = -0.52, P < 0.05), glucose levels (r = -0.44, P < 0.05), BMI (r = -0.44, P < 0.05) and HbA1c (r = -0.57, P < 0.01). These data supported that adiponectin regulated carbohydrate and lipid metabolisms and was deregulated in cases of IR. Currently, IR is considered a major risk factor contributing to etiology of T2DM, hypertension, dyslipidemia, atherosclerotic vascular disease, and, potentially, coronary heart disease and stroke.[13-15] IR can also predict development of T2DM in individuals who are normoglycemic. Therefore, it is important to identify IR in the pre-diabetic or early disease stages when therapeutic interventions are most likely to succeed.

The resistin cytokine is attracting considerable research interest, given that it may link obesity and diabetes. Resistin regulates inflammatory cascade activities, endothelial cell activations and proliferation of vascular smooth muscle cells. The cytokine is of interest as a potential link between metabolic and cardiovascular diseases. Resistin plasma levels were measured here.

Results revealed expression dynamics similar to those observed with insulin and glucose levels. Thus, patients with AH and T2DM experienced significantly higher resistin levels than patients with AH alone or than control patients (Р = 0.049, Р = 0.043, respectively). However, resistin levels between AH patients and controls were not significantly different (P > 0.05). In AH/T2DM comorbid patients, circulating blood resistin increased significantly, which correlated with fasting insulin, fasting glucose and lipid (TC and TG) concentrations. These data suggested that increased adiposity contributed to the etiology of changes in resistin levels. Previous data have provided ambiguous results when characterizing the role of resistin secretion in the pathogenesis of insulin resistance and T2DM.[18-20] The presence of high serum resistin in these comorbid AH and T2DM patients suggested that it was an additional regulator of IR.

Finally, both AH and AH/T2DM patients experienced significant increases in IL-1β levels when compared to controls. The most pronounced differences were observed in patients with both AH and T2DM (P = 0.008). These results have been associated with presumptive stimulation of acute-phase protein syntheses occurring as a result of AH and T2DM. Additionally, ІL-4 activities were increased and positive correlations were observed between IL-4 and IL-1β (r = 0.42, P < 0.01) and IL-6 (r = 0.44, P < 0.01). These data suggested that compensatory signaling activities were occurring, given that IL-4 has been regulated to promote stabilization of inflammation. The regularity in which comorbid AH and T2DM experienced alterations in metabolic signaling factors emphasized the systematic and patterned etiologies of metabolic disorders. Negative correlations between IL-6 and both omentin and adiponectin (r = -0.46, P < 0.01; r = -0.42, P < 0.01, respectively) were observed. These findings were consistent with previous studies indicating that IL-6 regulated adipokine production.[18,21,22]

Presence of comorbid hypertension and type 2 diabetes is often associated with underlying metabolic disorders and central obesity. The combined sequelae lead to increased incidence of disease complications, and ultimately decreased patient life span. In this study, features of hormonal and metabolic disorders in patients with arterial hypertension and type 2 diabetes were investigated. The most significant signals identified were regulators of lipid and carbohydrate metabolisms, insulin resistance, and systemic inflammation development.

The data presented here indicated that all known manifestations of metabolic abnormalities dramatically increase with BMI in the cohort. The results suggested that in hypertensive patients with diabetes mellitus adipose tissue signaling was dysfunctional. Additionally, carbohydrate metabolism signaling alterations demonstrated that metabolic and hormonal signals were disrupted when hypertensive patients also had comorbid T2DM. The data suggested close pathogenetic links between onset of metabolic disorders and expressions of adipokines (omentin, adiponectin, and resistin). Pro-inflammatory IL-6 secretion was also altered, which was a negative regulator of comorbid arterial hypertension and T2DM.

Mounting evidence supports that adipokines are essential to etiology of cardiometabolic disorders. Despite these findings, research directions continue to focus on obesity as the essential therapeutic target for reducing the risk of metabolic syndrome, T2DM, and associated cardiovascular complications. Given the widespread incidence of comorbid hypertension in diabetic patients, identifying new markers responsible for increased blood pressure during insulin resistance is a paramount research concern.

The study protocol was approved by the Local Ethics Committee of the Kharkov National Medical University and was performed in accordance to the Declaration of Helsinki.

Quantities of Citations Each Year

* All the data come from Crossref 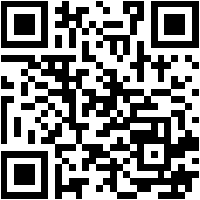